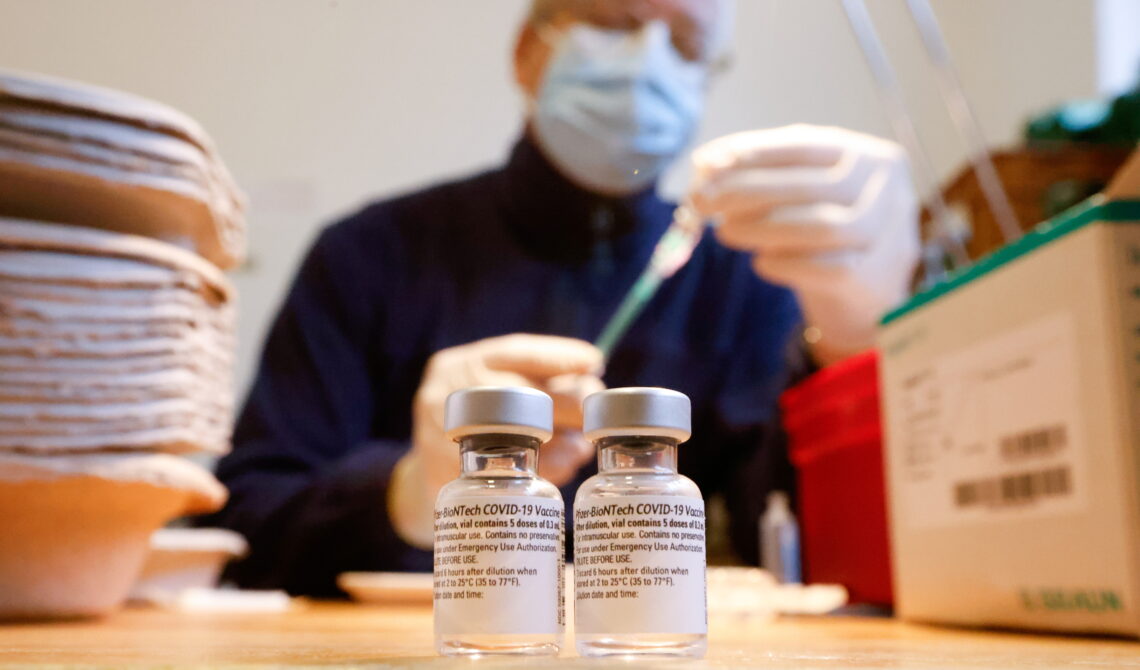 The world after the pandemic. The role of Europe and China

How and when will we emerge from the worst crisis of the last 70 years? The partnership between Europe and China will be crucial

2020 has certainly been the worst year in our recent history: 80 million infected, 2 million deaths, a decline of 6% of world GDP and total shutdown of crucial activities such as tourism, air travel and many retail activities. These are numbers that take us back to the middle of the last century, when two world wars halted normal life in half the world. In this unforgettable year, there are no countries immune from the effects of the pandemic with the partial exception of the very isolated Taiwan. The difference between 2020 and 2021 is that we have moved from counting infections to counting vaccines.

2021 will wipe out the pandemic, but only if we manage vaccination better than how we organized resistance to contagion. The European Union is playing, and it will play, a key role in this sense. Once again in European history, nation states have shown their inability to properly face a health emergency in the first place, but also, and above all, an economic and social one. Indeed, without the EU, no member state would have been able to face a crisis of this magnitude autonomously. Let’s just think of the ECB’s willingness to buy government bonds of member countries in difficulty, which has allowed Italy to still have a market despite a public debt that is now reaching 160% of GDP. Furthermore, of all the problems linked to the containment of the infection, those of an organizational nature must certainly be mentioned, linked first to production and then distribution of vaccines.

EU and the vaccine doses

The European Union has been of fundamental importance in guaranteeing the survival of its Member States, thanks to the adoption of timely and organic measures in the sectors of health and economy. Firstly, the European Union allocated 200 million euros towards research of a vaccine at the beginning of the pandemic. This funding was essential to guarantee the development of the anti-Covid vaccine. The product, developed in just 11 months, has condensed technical characteristics that open a new frontier in the treatment of other serious diseases, such as cancer. Moreover, the European Commission itself negotiated the purchase of vaccines from the six pharmaceutical groups whose studies seemed most promising. In total, nearly 2 billion doses have been acquired: 160 from Moderna, 200 million from Pfizer, 300 from Sanofi, 400 from AstraZeneca, 400 from Johnson and 405 from CureVac.

It is not certain that all the vaccines will prove to be sufficiently safe and effective, and that they will therefore receive authorization from the European Medicines Agency (EMA). This fact confirms that only an economic power like the EU could have first funded research then bought massive doses of vaccine without knowing whether the studies in progress would have been successful. In recent days, Ursula von der Leyen announced the purchase of an additional 100 million Pfizer-BioNTech doses (whose effectiveness is 90%), exercising an option to purchase more doses than provided for in the contract previously signed between the two companies and the European Commission. The vials will be distributed according to the population of member states, but adjustments are possible, since some countries may be interested in obtaining more doses than others. As of January 10th, China occupies the first place by total number of vaccine doses administered (9 million doses); Italy holds the top position among EU Member States, figuring in at No. 7 on the chart (640,000 doses), followed by Germany (610,000 doses) and Spain (280,000 doses). On the economic side, a total of € 1 trillion was allocated to support and revive the European economy.

The Next Generation EU plan

Moreover, the European Central Bank (ECB) has undertaken an unprecedented effort in purchasing any type of government bond with the aim of guaranteeing the solvency of the countries, their presence on the markets without risk of bankruptcy and economic spillover. On the subject of historic decisions, the Eurogroup and the Commission have decided to suspend the rules of the stability and growth pact: the European Union has proved to be at the service of member states and European citizens. It is the first time in the history of the European integration process that federal decisions are taken, such as the Next Generation EU plan, € 750 billion divided as follows: € 390 billion distributed in the form of a grant to Member States; € 360 billion in the form of loans. The European Union, acting as a federation of states, has taken decisions that envisage interventions no longer in support of the most virtuous countries (theorem of the stability pact) but in favor of the most needy and most affected by the crisis (209 billion have been assigned to Italy, of which 127,4 in loans – the largest share among member states).

In these two macro-areas in which Europe has intervened, health and economy, there is room for cooperation with China. Concerning health issues, EU and China should join force in strengthening the role as well as the organizational and intervention capabilities of the World Health Organization (WHO). In my opinion, among the necessary measures to take there are: the establishment of a cutting edge research center under the supervision of the Director General of the organization, the deployment of an independent task force to investigate issues and to intervene promptly in case of need, so that the world is no longer caught by surprise. In this regard, WHO should have carte blanche on freedom of intervention in carrying out inspections, controls and data collection in all countries, without the need for authorizations that would slow down or even compromise the practices. A crucial issue regards financing to WHO, an increase in contributions is necessary as this crisis has shown us the vital importance of the organization and the medical research. In this regard, I found President Trump’s accusations of connivance by the WHO with China particularly out of place; in fact, if we look at the list of contributors to WHO budget, the United States and American private foundations are at the top with millions of euros in contributions, while China is only tenth with a much smaller sum (which I hope can be increased).

In addition, today we Europeans have discovered that we import from China 50% of our needs for production masks, 40% of antibiotics, 90% of pennicillin. Not even a gram of paracetamol is produced in Europe! A pandemic crisis like the one we are experiencing has exposed the difficulty of quickly procuring what we needed to deal with the coronavirus promptly and effectively. In this sense, the European Commission is implementing a “European RescEU” plan to be able to create processing and storage sites in Europe for those health products considered strategic, so as to reduce dependence on a single country. But we wouldn’t go any further. It is not our intention to replace products of Chinese origin but rather to integrate them through intelligent cooperation, thus creating deposits in Europe for an effective and quick distribution. We are in fact convinced that only thanks to the interconnection of world research centers and the impressive capacity for progress provided by new technologies, will it be possible to equip ourselves to fight this and future viruses.

Last but not least, the economic interconnection. Growth should be guaranteed and great investment projects, such as the New Silk Road, should be taken up and re-launched by involving as many players as possible, not only national States but also large international banks and private businesses. Essential for these purposes is the re-launch of multilateral cooperation at the global government level. EU-China Comprehensive Agreement on Investment (CAI), signed in December 2020, represents the most ambitious agreement that China has ever concluded with a third country, with specific regards to investment. The CAI will ensure that EU investors achieve better access to a fast growing 1,4 billion consumer market, and that they compete on a better level playing field in China. This is important for the global competitiveness and the future growth of EU industry. Returning to our main topic, the world will be definitively out of danger only when 5 of the 7 billion inhabitants of the earth are vaccinated. In the first two weeks of the vaccination campaign, just over 13 million people worldwide were vaccinated. To achieve an acceptable result in a year, we would have to vaccinate 13 million a day. We need to speed up.